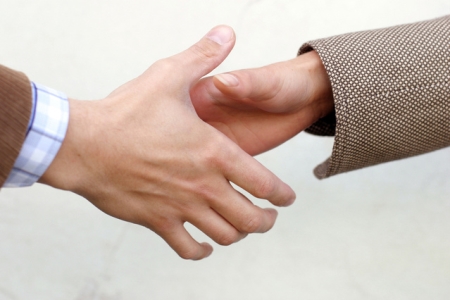 Frustrating by watching MAS contract fraud? Contact us today to find out more about becoming a whistleblower. Whistleblowers who successfully file suit under the False Claims Act are entitled to 15% to 30% of what they help the Government get back.

You Can Make a Difference by Becoming a Whistleblower

The Office of the Inspector General (OIG) estimates the U.S. loses billions to procurement fraud every year. Thanks to lawsuits filed under the False Claims Act, in just the past ten years the federal government has recovered $602 million for fraud under Multiple Award Schedule (“MAS”) contracts. Almost 90% of that amount was recovered because whistleblowers filed suit.

How Do You Become a Whistleblower?

How Companies Cheat the Government Under MAS Contracts

What is an MAS Contract?

How Do You Become a Whistleblower?

Contact us to learn more about filing suit under the False Claims Act to alert the Government to fraud under a Multiple Award Schedule (“MAS”) contract.
How Companies Cheat the Government Under MAS Contracts

(1) Failure to fully disclose information when negotiating the contract.

The Government is the largest consumer in the world, and it negotiates to get “best customer” pricing. As part of the negotiations, the Government requires a company to disclose how much it charges other customers.

* In 2006, Oracle Corp. and PeopleSoft Inc. paid $ 98.5 Million for overcharging the Government in an MAS contract for software licenses and maintenance services. A former employee of PeopleSoft filed suit as a relator (whistleblower) under the False Claims Act (“FCA”), and received $17,730,000 for helping the Government get nearly a hundred million dollars back. The FCA suit said that PeopleSoft failed to disclose its real prices when it was negotiating its contract.

To win an MAS contract with the Government, the contractor usually must agree that it will charge the Government no more than it charges its other, huge customers. Contractors who make secret, sweetheart deals with other customers may wind up reimbursing the Government three times the extra amount the Government paid.

In 2015, VMWare and Carahsoft Technology Corporation paid $75.5 million to settle claims they had hidden the prices they charged commercial customers, so that the Government wound up paying more than some of the other customers paid. While the Government did not disclose the amount it paid the whistleblower, under the terms of the False Claims Act, the whistleblower should have received between $11.3 and $18.875 million.

In 2012, hardware supply giant W.W. Grainger Inc. paid the government a cool $70 million to settle allegations of two, distinct types of fraud. First, the company was accused of failing to tell the Government about discounts the company gave commercial customers. Second, DOJ said that Grainger charged the postal service more for sanitation and maintenance products than it charged commercial customers, i.e., it did not give the USPS “most-favored customer” status. The Government apparently found the MAS fraud on its own, without a whistleblower – the only case on this list where that was true.

(3) Negotiating a new, better deal with commercial customers and failing to give the Government the benefit of the same deal.

Most MAS contracts have a “price reduction” clause. If the contractor offers a better deal to another customer after it strikes the agreement with the Government, it has to disclose that new price and offer it to the Government, too.

The Government collected $45 million from CA Inc., a company that sells software and services, thanks to a whistleblower who filed suit under the False Claims Act. A former employee accused the contractor of charging the Government more than it charged other customers, by failing to disclose full information when it negotiated the deal in the first place, and also by offering reduced prices to other customers after it struck the deal with the Government, but not passing those same discounts on to the Government. The whistleblower was paid $10.195 million for his work in bringing the lawsuit.

Corning Incorporated paid $5.65 million to end a False Claims Act suit that accused the glass and ceramic manufacturer of failing to provide accurate information about what it was charging other customers, and also violating its price reduction clause by hiding the fact that it had negotiated discounts for lab research products for other customers that it did not pass along to the Government. The whistleblower received a $904,000 award in the case.

In 2011, software giant Oracle Corp., and Oracle America Inc., were accused of overcharging the Government for computer software and hardware. A whistleblower earned $40 million for bringing the suit, which resulted in a whopping $199.5 million payment from Oracle to the U.S. In his suit, he explained that the company gave good customers discounts that they never revealed to GSA. He said that the company also violated its price reduction clause.

(4) Providing products that do not comply with the specifications set out in the contract.

In 2014, Iron Mountain Companies forked over $44.5 million to the government to settle allegations that it had overcharged the government for record storage services. Two whistleblowers said the company charged full price for storage that did not actually meet the requirements set out by the National Archives and Records Administration.

That same year, Samsung Electronics paid the Government $2.3 million to settle allegations that it sold the Government products that were not from countries designated under the Trade Agreement Act. A whistleblower brought suit under the False Claims Act, saying that Samsung had procured products from China, which was not eligible to sell electronics products to the U.S. under the TAA, and passed them off as products manufactured in Korea and Mexico, which are. While the government did not disclose how much it paid the whistleblower when it settled the suit, under the FCA, the whistleblower was entitled to between $345,000 and $575,000.

MAS Fraud is costing the Government billions each year. If you know about a company that is defrauding the Government, contact us today to find out whether you can file a whistleblower lawsuit to stop the fraud.

The Government has the right to expect that it will not receive defective goods and services. For example, pest control companies should provide trained employees, and light bulb manufacturers should supply light bulbs that can be turned on. A company that knowingly provides defective products to the Government may be liable under the FCA.

What is an MAS Contract?

To save time and money, the Government Services Agency (“GSA”) negotiates with private companies on behalf of all government employees. Rather than have every agency and department negotiate its own price for, say, pens, the GSA goes out into the marketplace and negotiates with pen manufacturers. The pen manufacturer and GSA reach a deal on the price that government agencies will pay for the pens, and then government employees in departments all over the country can order pens for that price. GAS negotiates “Multiple Award Schedule” (“MAS”) contracts for many different types of goods and services, from office supplies to landscaping services.