One Ugly Aftermath of Harvey, Irma and Maria: Hurricane Fraud 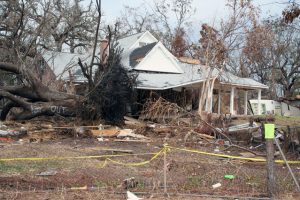 Hurricanes Harvey, Irma and Maria left a trail of destruction across the southeast and the Caribbean. Now the federal and state governments are pouring billions of dollars into disaster relief in Texas, Florida, Georgia, Puerto Rico and the U.S. Virgin Islands.  But already the feds are bracing for hurricane fraud.

Whistleblowers who file suit under the False Claims Act can help the government stop fraud and get its money back, while at the same time getting paid up to 30% of the amount recovered.

Katrina cost the federal government an estimated $120 billion, but the recent spate of hurricanes is expected to shatter that number.  Texas Governor Greg Abbott has said his state needs “far in excess” of $125 billion in aid.  Houston Rep. Sheila Jackson Lee said she wanted to see $150 billion, a “record-breaking” number according to CNN.  Likewise, Irma is going to cost the Government billions of dollars. And no one seems sure yet just how much Maria is going to cost.

How Bad is the Fraud Going to Be?

Obviously no one knows just how big the fraud will be, but let’s put it this way – after Katrina, the Government Accountability Office released a report that concluded that the government had paid out at least $1 billion as a result of hurricane fraud.

In addition to the State Farm case, the federal government also collected in a False Claims Act suit against Lighthouse Disaster Relief and its partners, Gary Heldreth and Kerry Farmer.  Lighthouse Disaster had a contract to build and operate a basecamp that would feed and house first responders who were arriving in New Orleans.  The U.S. accused the three of talking their way into getting paid in advance and then failing to build and staff a sufficient basecamp.  The three jointly accepted a judgment, repaying $4 million of the $5.3 million they had been paid.