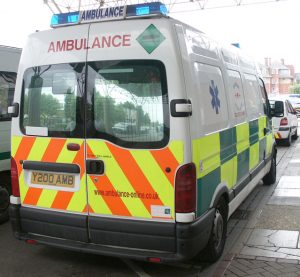 Just a week ago I blogged about a False Claims Act case involving ambulance fraud, but already I have another entry for my whistleblower law blog.  Four Houston hospitals will be paying $8.6 million to resolve claims they took kickbacks from ambulance companies.  Three different whistleblowers filed suit under the False Claims Act to tell the U.S. about the ambulance kickback scheme.

The Government Went After the Hospitals that Benefited from the Kickbacks, Not Just the Ambulance Companies

The Government proudly pointed out that it was not simply going after the companies that were giving the discounts.  In this case, the United States Attorney also was going after the hospitals that were accepting the benefits of the ambulance kickbacks. The Anti-Kickback Statute (AKS) makes it illegal to give or receive “anything of value,” which of course would include receiving discounted ambulance services.

Whistleblower Daniel Brock started the case.  Brock ran an ambulance service that could not get contracts because it would not “pay for play.”  In January 2011, Brock went to federal investigators about the ambulance kickbacks that were killing his ability to get contracts with the hospitals.

All Four Hospitals Affiliated with Hospital Corporation of America

Whistleblowers Will Collect for Bringing Suit