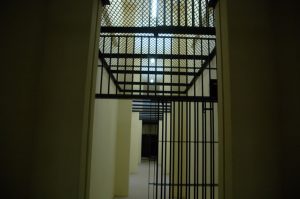 Aegerion Pharmaceuticals Inc. pled guilty to violating the False Claims Act with the way it marketed a drug called Juxtapid. The FDA approved Juxtapid to treat homozygous familial hypercholesterolemia (HoFH). HoFH is a very rare disorder in which the body does not remove “bad” cholesterol (LDL-C) from the blood. However, since Juxtapid carries very serious risks of liver toxicity, the FDA only approved it with a Risk Evaluation and Management Strategy (REMS).

Aegerion pled guilty to failing to give doctors complete and accurate information about how to diagnose HoFH and filed a “misleading REMS assessment report.” and paid $7.2 million in criminal fines and forfeitures for the criminal fraud.

The pharmaceutical company also paid $28.8 million to resolve civil FCA claims, and another Aegerion also pitched Juxtapid as a general treatment for high cholesterol, “without adequate directions for such use.”

Whistleblowers (known as “relators”) will get $4.7 million for reporting that a Cambridge, Massachusetts, drug maker was selling the drug Juxtapid without complying with the REMS requirements and without providing adequate directions for all of the drug’s intended uses.

In a particularly disturbing example, the owner and CEO of a company that makes armored vehicles was convicted of providing armored gun trucks “that were deliberately underarmored.” My mind screeched to a halt on the “deliberately.” It is hard to imagine how someone could intentionally build trucks designed not to protect our soldiers. According to the Department of Justice, Armet Armored Vehicles was paid over $2 million, and the company owner William Whyte personally promised that he would use the money to provide armored trucks for use in Iraq. While Armet claimed the vehicles met the standards for ballistic and blast protection, the Government said in fact they did not.

In an unusual twist, the whistleblower who brought the claims to the attention of the Government lost the civil FCA case, while the Government won the criminal fraud case.

Three individuals pleaded guilty to knowingly overbilling the government for labor on Navy and Coast Guard ships in Pascagoula, Mississippi. Their company, Huntington Ingalls Industries Inc., paid $9.2 million to settle the allegations that it had knowingly overbilled the Government. A former Huntington Ingalls employee originally brought the allegations as a whistleblower lawsuit under the False Claims Act (FCA). Byron Faulkner received $1,590,144 for his role in bringing the FCA suit that exposed the criminal fraud.

A whistleblower collected 22% of $13 million in back taxes from a food services company. The whistleblower notified the state of New York that an airport food services company, Yankee Clipper Food Services I Corporation, was underpaying taxes owed to New York and fees owed to the Port Authority of New York and New Jersey Express Hospitality Group. Yankee Clipper runs Panini Express stores, two bars and a mobile hot dog stand and employee cafeterias at JFK, as well as the American Airlines cafeteria and catering and vending machine businesses at LaGuardia.

In his suit, the whistleblower alleged that Yankee Clipper was keeping double books. In one set of books, the company was documenting the taxes it was collecting on food sold at its restaurants at JFK Airport. In the other set, it claimed to have sold less and collected less in the way of taxes.