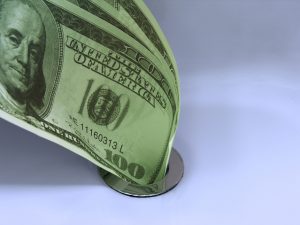 Medicare and Medicare Advantage are overpaying medical providers by $60 billion a year, according to testimony from James Cosgrove, who directs health care reviews for the Government Accountability Office, to the House Ways and Means oversight committee. But just how much of that is fraud and how much of that is what is euphemistically known as “human error”? Medicare, subcommittee Chairman Vern Buchanan (R-Fla.) pointed out, has no idea.

Or course, regardless of whether the Medicare overpayment is made because of fraud or human error, taxpayers are out the dollars. But finding and stopping the losses due to fraud is especially difficult — which means insiders-turned-whistleblowers are critical to saving Medicare billions of dollars in overpayment costs each year.

Congressional auditors found that Medicare is paying more than $16 billion too much to Medicare Advantage plans. Medicare is making another $44 billion in overpayments to medical providers, meaning that the government is overpaying a staggering $60 billion a year.

The most overpaid medical providers? According to CMS Official Jonathan Morse, home health care and inpatient rehabilitation facilities have more than their share of billing “mistakes” or fraud resulting in Medicare overpayments.

In July, the Department of Justice arrested 412 people, including 100 doctors, who were accused of defrauding Medicare to the tune of $1.3 billion. (Because False Claims Act cases must be filed under seal, we have no way of knowing how many of those arrests came thanks to a whistleblower who was willing to stand up to fraud.) But of course, $1.3 billion is a drop in the bucket compared to the amount we are losing every year to Medicare overpayments.

Whistleblowers can make the difference. When a medical provider collects and keeps more than it should, with reckless disregard as to whether it was really owed that much, the False Claims Act lets the Government recoup its losses. Whistleblowers who file suit under the FCA are entitled to between 15% and 30% of all of the money that the Government recoups thanks to their efforts.