Should You Apologize at Mediation? Ask These Six Questions. 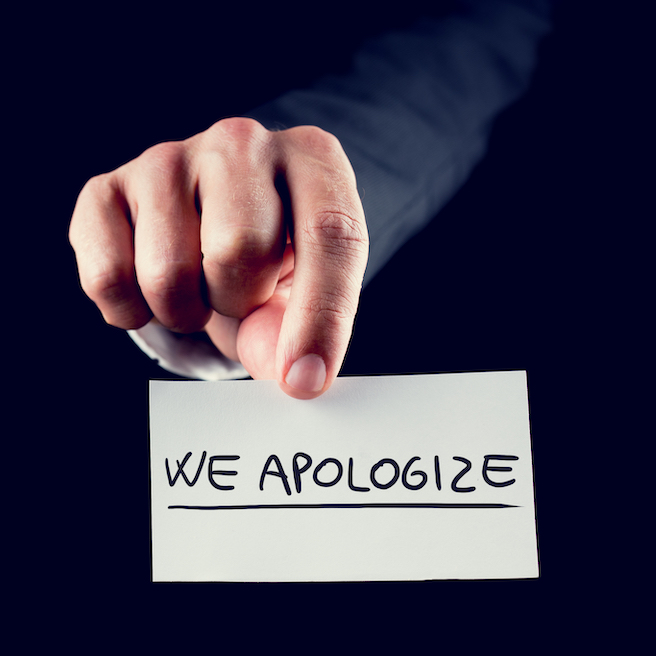 In last week’s blog I talked about the fact that an apology can have a powerful effect at mediation (or in life). A sincere, heartfelt apology may help the parties settle a case that could not otherwise have been resolved at all, may save the considerable expense of going to trial, and may spare everyone the risks and stress of trial. But the apology also has a power unrelated to money, because it addresses the emotions that cannot be addressed by the litigation.

Despite that potential, an apology is not the cure-all for difficult litigation. Sometimes an apology would be ineffective, or even inappropriate. Here are six factors that can help you decide whether you should apologize at mediation in your case.

1 — Does the other side have hurt feelings?

If the other side has hurt feelings, you should at least think through the issue of apologizing. Some purely corporate disputes do not have a true, emotional side, and in those cases apologies are not relevant. Most disputes, however, do.

2 — Is your client actually sorry?

While in general apologies are underused at mediation, sometimes they are, quite simply, inappropriate. When your client in fact does not feel sorry for what happened — for example, when the defendant does not believe he is the one who harmed the plaintiff — it may actually hurt your case if the client mumbles a clearly-insincere apology. Heartfelt apologies help, but casual, insincere ones may insult the plaintiff.

3 — Can your client make a sincere-sounding apology?

Consider whether your client has the “people skills” to communicate a sincere apology. If your client is going to apologize, you want it to be effective. If an apology comes across as insincere, it may backfire.

4 — Has your client taken steps to make sure that the conduct will not happen again? (Bonus.)

Apologies are most effective when the person apologizing can give a concrete explanation of what went wrong and what steps are being taken to make sure that it never happens again. It makes good sense to have your client apologize when he is prepared to back up his words with actions — or even better, already has done so.

Don’t write off an apology just because this factor does not apply, however. For example, in cases that involve serious injuries, the defendant may want to express sympathy for the plaintiff’s suffering, even if the defendant does not acknowledge that he is the cause of the injuries.

5 — Is the plaintiff going to be able to accept an apology?

I have had mediations where one party was so upset with the other that it did not even make sense to put them in the same room for the opening statement. If you know for a fact that the other side is not ready to accept an apology, it may not make sense to give one. Be careful, though, that you do not underestimate the power of a sincere apology when feelings run high.

6 — Does your client need to apologize for his own sense of wellbeing?

One of my law school classmates was a priest, and his clerical mentor had been assigned to work with the defendants at the Nuremberg trials. Under the trial rules, the Nuremberg defendants were not permitted to confess and plead guilty. The mentor emerged from the experience with a firm conviction that confession was good for the soul, as the Psalmist said, and that keeping the defendants from confessing had been destructive and morally wrong.

Of course, your client is not being accused of anything remotely like the allegations at the Nuremberg trials. My point is simply that an apology is not just for the benefit of the plaintiff; it also can help the defendant. If your client is toting around a soul-crushing amount of guilt, he may need the apology as much or more than the plaintiff. Just be sure to prepare him for the fact that the plaintiff may not respond, at least overtly, to the apology.

It’s important to remember that mediation is a one-shot chance at making an apology that will not be admissible at trial. If you believe it may help and that your client can make an effective apology, it makes sense to try it.