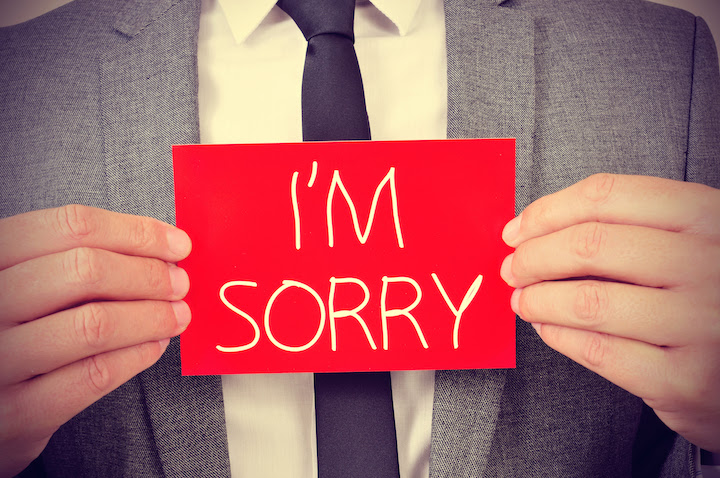 Apologizing is all the rage these days. Stars apologize. Musicians apologize. Even companies apologize. Anybody and everybody seems to be on the “I’m sorry” bandwagon.

Mediation is one of the places where apologies are supposed to take place. Since the mediation is part of a settlement discussion, a party can apologize without it becoming evidence at trial.

But as a mediator, I find that defendants often miss a golden opportunity, either because they do not apologize at all or because the apology they give falls flat — or worst of all, offends the plaintiff. In future blog posts, I’ll talk about how to — and how not to — apologize.

Back when I was a young associate, I threw out the idea that we probably could settle a particular case if our client was willing to apologize. The idea was greeted with abject horror. One person in the meeting choked out, “That’s NOT going to happen!” Instead, we went through a two-week trial in a neighboring state. Our client had to pay two lawyers for the trial time, plus hotel and travel expenses. Additionally, several key employees of the company lost days of work because they had to travel to testify at trial. It’s hard to say who won the case. The jury rendered a verdict against our client, but then, it wasn’t as large as it could have been.

Since then, lawyers and indeed society have come to appreciate the simple and beautiful power unleashed by such a very few words. Made appropriately, an apology can do something a lawsuit can never do: change the way people feel, not just how much money they have. In Georgia, the medical profession even lobbied the legislature to be able to apologize without the statement coming into evidence in medical malpractice cases, and the legislature passed O.C.G.A. § 24-4-416.

How an Apology Can Help Your Client

The beauty of a sincere apology is that it touches the human side of a dispute that a jury verdict cannot reach. It can have a practical effect, helping the parties reach a settlement that otherwise would not be possible, and sparing both parties the time, expense and uncertainty of trial — but it also has an emotional effect that a trial cannot duplicate. An apology may even heal a broken relationship.

When to Use An Apology

Not every case is appropriate for an apology. How do you know whether yours is? Stay tuned for my next blog:

Should You Apologize at Mediation? Ask These 6 Questions.